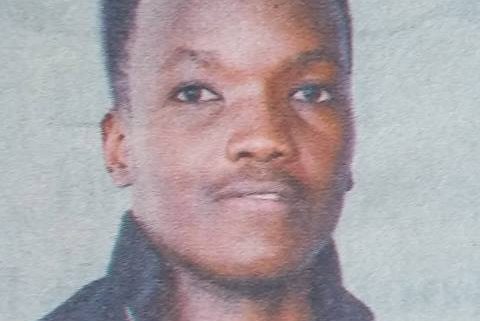 Pius Caleb OgoIla Olunga, a student at Technical University of Kenya, rested peacefully on June 15, 2022 at the St Francis Community Hospital Kasarani Nairobi, after a sudden and short illness. His body was transferred to Rang’ala Mission Funeral home in Siaya.

He was the loving, youngest son of Eng. Vitalis Olunga and CPA Jemimah Olunga of Kubar Village, Obambo Sub Location, South Central Alego, Siaya County. He was a much-loved brother to Clement Olunga and Mercy Olunga of UN, Bonn Germany. He was the brother-in-law to the late Zahra Omar and devoted uncle to Rahim, Malec, Naila and Assad.

He was a grandson to the late Clement Onyango and Brigita Awuor of Kubar Village, Obambo Sub location. Siaya County and the late Caleb Owiti and Phoebe Ojwaka of West Seme. Kisumu County.

He was nephew of the late Mzee John and Mama Rosa Osero of Kubar Village, the late Christina and Joseph Juma of Alego Kanyaboll. the late Pius and Benedetta Jura of Alego Boro Kakan, Joseph and Margaret Owitch of Alego Obambo, the late Anthony and Rosa Olendo of AJego Kaluo. the late Martin Nyabiga, Susan and Walter Ogeta of Gem Asumbi,Timothy and Phelecia Ajigo, Joel Owiti. the late Mr and Mrs Samuel Adhiri and the late Mr and Mrs Tom Okonlo, all of West Seme.

Friends and relatives are meeting daily at his parents’ home in Kubar Village, Obambo Sub-Location.

There will be a fundraiser at Cardinal Otunga Annex (Holy Family Basilica), Mother Teresa Hall 7th Floor on Saturday 25 June 2022 from 2pm.

The cortege leaves Rang’aia Mission Funeral Home, Siaya on Tuesday 28 June, 2022 for a Requiem Mass at St. Pantaleon Catholic Church, Siaya at 3.00 pm. The burial ceremony will be held on Wednesday June 29, 2022 at his parents’ home in Kubar Village, Obambo Sub Location. Siaya County from 10:00 am. The burial mass will start at I :00 pm.

Pius has rested young and leaves us all devastated. Yet we have hope in the resurrection and thank God for the blessing that Pius was in our lives. We already miss Pius dearly.