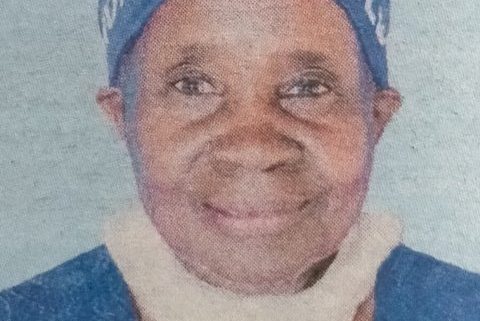 We regret to announce the passing of our beloved mother Alice Mbutu Wamukui, wife to Mr Francis Wamukui Gitau of Bubanks Nairobi. The death occurred on Sunday, 9th October 2022 after battling Cancer.

Family and Friends are meeting daily for prayers at her residence in Juja Farm, Mumba shopping Centre, between 4.00pm and 6.00pm.

The cortege leaves KU Funeral Home Thika Road on Tuesday, 18th October 2022 at 8:00am for the funeral and burial service to be held at her residence in Juja Farm, Mumba Shopping Centre, at 10:00am.

Psalm 27;13 —”I remain confident of this: will see the goodness of the lord in the land of the living”.