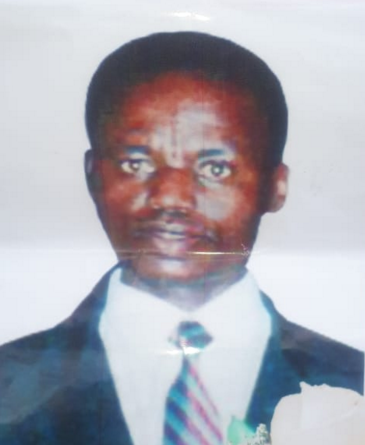 The late Stephen Mburu Gathara was born in 1954 at Karia Vlllage, Kiambu County.

He was the second born child of the late George Gathara and Esther Wambui Gathara. He was a brother of the late David Njoroge, John Muchai, Teresia Wangari, Jane Wanjiku, Maria Wamuhu, Lucy Njeri and Joseph Gitau.

Stephen Mburu started school at Kiairia Primary School Std One in 1956. He sat his CPE in 1971 and passed very well. He joined Pan Africa Secondary School, Nairobi, in 1972. In 1973 he transferred to Kiairia Secondary School where he sat his Kenya Junior Secondary Examination. He was initiated in December 1971.

Stephen Mburu has been a member of the Catholic Church all his Christian Life. He was baptized in 1993 by Father Gogan. He was confirmed and received his Holy Communion in the same year 1993 at Lioki Catholic Church.

Stephen Mburu trained as a Mason Grade 1 and started working after training. He has worked in several cunties like Nyeri Post Office, Matuu Primary School, Ukambani, Eldoret, Nairobi, Limuru, Ting’ang’a and other areas in Kiambu County.

We thank the Almighty God for the years he gave us Stephen Mburu. May we always praise God. Amen.

Burial Date to Be announced later.