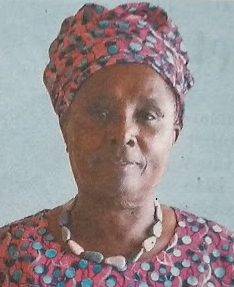 We celebrate the life of our beloved mother, sister and friend Agnes Mueni Kioko who went to be with the Lord on Friday 15th April, 2022 after a long illness bravely fought.

Agnes Kioko was the daughter of the late Daudi Kivuvo and Elizabeth Avia.

Prayers at Montezuma Funeral home off Raila Odinga Way (former Mbagathi Way) on Saturday, 23rd April, 2022 at 7.00am followed by the burial service at her home in Kangundo, Muisuni.

2 Timothy 4:7 —”I have fought the good fight, I have finished the race, I have kept the faith.”