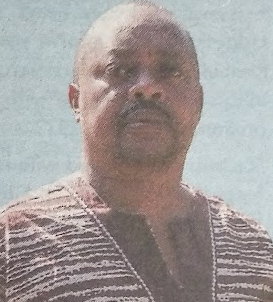 It is with humble acceptance of God’s will that we announce the promotion to glory of Alfred Kiio Musau Muteti (NATO) which occurred on 29th April 2022.

He was Nephew to Tom Muteti and Susan Kiio.

Mass will be held at Mulala Catholic Church on Friday 6th May 2022 starting at 11.00am and the burial thereafter at his home in Iteta Sub-Location, Mulala Location, Mulala Division, Nzaui sub-county, Makueni County.

May the Lord rest his soul in eternal peace.