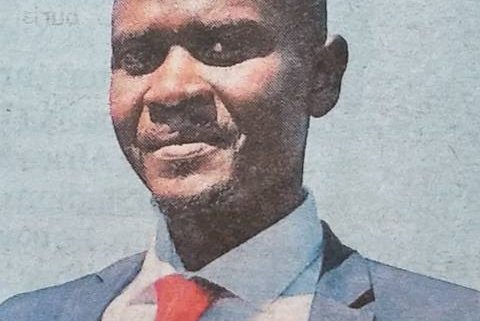 It is with profound sorrow and humble acceptance of God’s will that we announce the passing on of Amos Angwenyi Nyakundi on 27th June 2022 due to Cardiac arrest.

Amos was blessed with a Son Denzel Angwenyi of Molo Academy.

In-law to Enock, Sarah, Bwogo, Vane among others.

Family and friends are meeting daily at his residence at Laiserhill, Ongata Rongai and at Nyansiongo Settlement Scheme (Esaka village).

The cortege leaves Kisii Teaching and Referral Hospital on Friday, 15th July 2022 for burial at his home in Nyansiongo settlement scheme on the same day.

“In God’s arms you rest, in our hearts you live forever” Sleep well