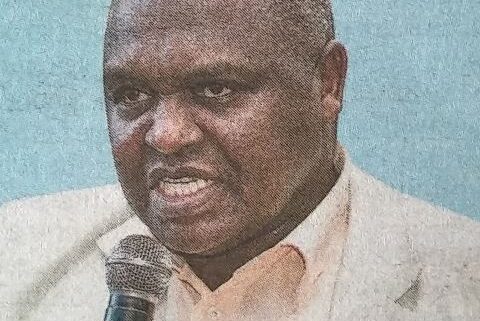 It is with heavy hearts and humble acceptance of God’s will that we announce the death of Andrew Karimi Thiriku, Chief Principal Mutito Boys Kitui, on 20th November 2022 at The Nairobi Hospital while undergoing treatment.

Son-in-law to the late Wilson Murage and Anna Ngima. His brothers and sisters-in-law were the late Hellen Nyaguthii and Stephen Mathaiya the late James Muriithi and Rachel Nyawira, Francis Kibuthu and Catherine Wangui, Charles Wambugu and Jennifer Wanjiru, Lucy Kangangi and David Kangangi and Jane Nyawira. He was an in-law to Elijah and Cecilia Murengi. He was uncle and cousin to many.

The cortege leaves Outspan Funeral Home on Friday, 25th November 2022 at 7:00am for requiem mass at Mweiga Catholic Church and he will later be buried at his Farm in Mweiga.