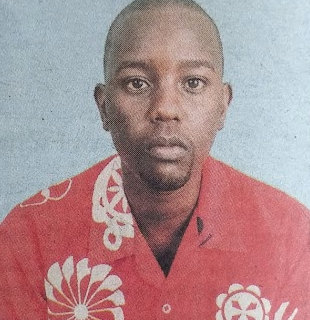 We announce the sudden death of Andrew Warutere Kahwai on 19/4/2022 after a short illness.

The cortege leaves Montezuma- Monalisa Funeral Home along Mbagathi Way on Wednesday 27/04/2022 at 7am.

Funeral service and Burial will be at the parents home in Burguret Nyeri County at 10.am.

Prayers are being held daily at their home in South B, Golden Gate from 5pm.