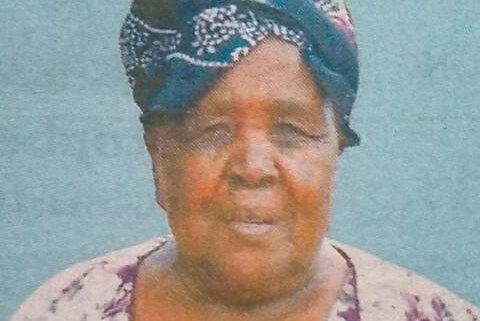 It is with humble acceptance of God’s will that we announce the promotion to Glory of Annastasia Kavisa Kilonzo which occurred on Tuesday, 661 December, 2022.

The cortege leaves Mbaku Funeral Home (Matuu), on Thursday, 15th December, 2022 at 8:00am for burial at her home in Kakumini Village, Matuu Location,Yatta Sub-County, Machakos County.

The Lord gave and the Lord has taken, may His name be glorified. AMEN