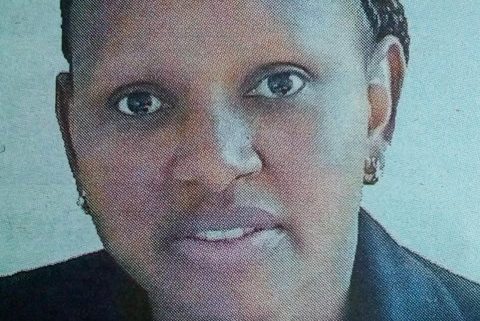 It is with humble acceptance of our Faithful God’s will, that the family of King’oo Mayoli announce the Promotion to Glory of Anne Mumbi King’oo formerly of Starehe Boys Center, on September 6th, 2019 following a long battle with Metastatic Cancer.

The Funeral Fundraising will be on Thursday September 12th, at 6.00 PM at Nairobi Railway Club.

There will be a Requiem Service on Friday September 13th at Syokimau Lifespring Chapel at 6.00 PM.

“Anne fought a good fight, finished the race and kept the Faith”