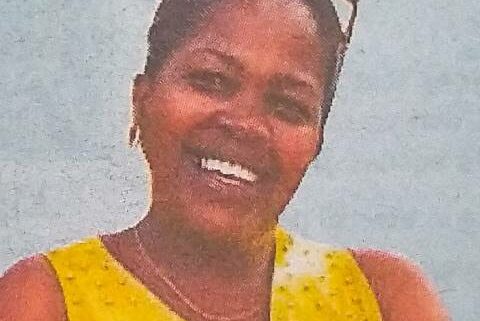 It is in acceptance of God’s will that we announce the promotion to glory of Anne Murugi Gichango of Clouds Motor Parts that occurred on the 17Th January 2023 after a short illness bravely borne.

Family and friends are meeting daily at their home in Thome and Igegania village for prayers and burial arrangements from 6.00pm.

The cortege leaves KU Referral Hospital Funeral Home on Friday 27th January 2023 at 8.00am for the funeral service at Igegania Primary School from 11.00am and thereafter burial at their home.