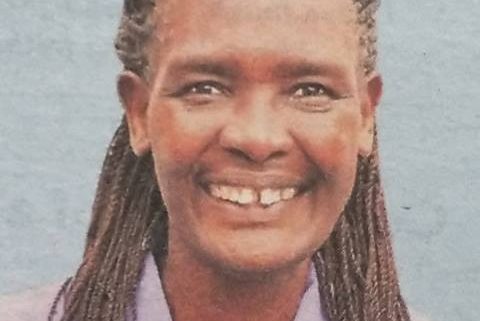 It is with humble acceptance of God’s will that we announce the death of Beatrice Akinyi Jangima of Jusa Village, South Kowe Sub-location, Seme Sub-county, Kisumu County — formerly of Embakasi Girls Secondary School.

She was the daughter of the late Kilion Opiacha and the late Dinah Alaka Opiacha of Yimbo Usenge. Daughter-in-law of the late Japuonj James Orondo and the late Councillor Rose Orondo of Jusa, Seme Kowe.

Friends and relatives are meeting daily at their residence in Chuna Estate, Kitengela.