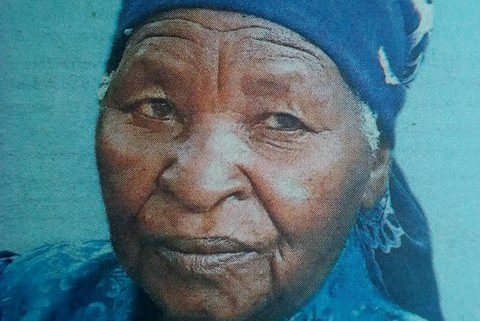 It is with deep sorrow that we announce the death of Beatrice Mbuli Mutungi, 95, after a long illness bravely borne.

Family and friends are meeting daily at her Mamba home, Paul Mutungi’s residence at Machakos and Old T-Tot Hotel.

The cortege leaves the Machakos Montezuma funeral home on Tuesday 8th October, 2019 at 8:00am for the burial service and interment at her Mamba Home-Yatta.

“In God’s hands you rest, in our hearts you remain forever.” Koma Nesa Susu.