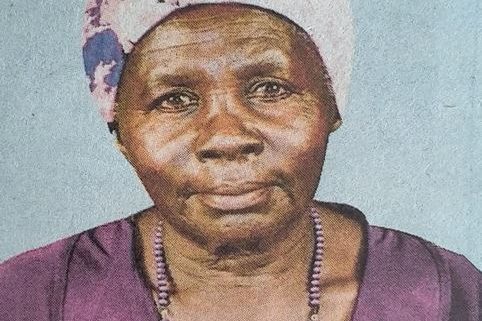 It is with profound sorrow that we announce the demise of Mayi Beatrice Nasambu Wangusi on 5th July 2022 at Dreamland Hospital.

Sister to Stephen Kisiang’ani (KNUT), Robai, Dorcas,Ann, Margret, the late Edith, Fred, Mary, the late Timinah, Jones among others. Cousin to Justus, George, the late Jeremiah and others.

There will be a fundraiser today Wednesday, 13th July 2022 at Masaba village, Bungoma from 2:00pm.

Any financial support can be channeled through:0710139214 (Chris Manyonge Muyala).

2nd Timothy 4:7 ‘I have fought the good fight, I have finished the race, I have kept the faith’.