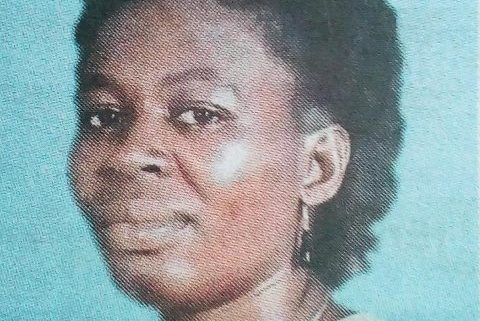 It is with humble acceptance of God’s will that we announce the untimely death of Benta Ndolo Aloo (formerly of Care International, Kisumu) on 1st September, 2019 after a short illness.

Family and friends are meeting daily at her home in Kisumu, Nyahera and in Nairobi for prayer meetings and funeral arrangements.

A fund-raiser to offset medical and funeral expenses will be held on Tuesday, 10th September, 2019 at All Saints Cathedral, Nairobi starting from 5.00pm. You can also contribute through M-pesa pay-bill no. 798075 account; (Your Name).

The cortege leaves Kisumu Aga Khan Hospital Mortuary, on Friday 13th September, 2019 at 1.00pm followed by a church service at her home from 3.00 pm, in Nyahera.

In God’s hands you rest. In our hearts you live forever. Amen!