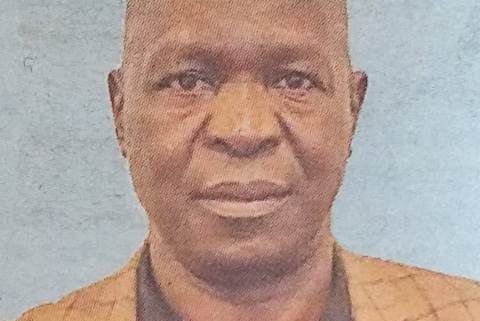 It is with great humility that we accept God’s will of the passing of Bonface Moses Ondimu former-Director KTDA and Gusii Mwalimu Sacco and RTD Headteacher which occurred on Saturday the 4th June, 2022 at Oasis Hospital.

The family and friends are meeting at his Rural home daily and fundraising will be held on the 15th June, 2022 at Zonic Hotel.

The cortege leaves Hema Hospital on 17th June, 2022 for church service and vigil, body will be Laid to rest on 19th June, 2022 at Rabamanyi Sub-Location.

HE HAS FOUGHT GOOD FIGHT, HE HAS FINISHED THE RACE AND HE HAS KEPT THE FAITH.