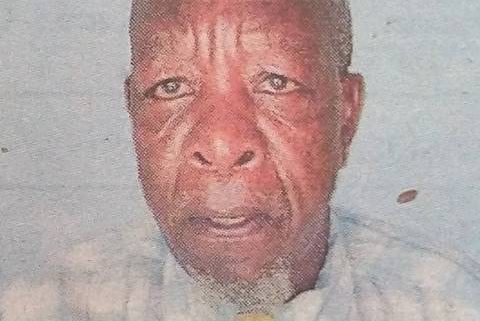 Husband to the late Agnes Mbaika and the 1st born child of the Late Alfonse Nthiwa and the Late Beatrice Nthambi.

Father-in-law to Muthembwa, Muceke, the Late Musyoka, Munyao, Kamene, Amongst others.

A Funeral Mass will be held at St Josephs Catholic church Mlolongo at 6.00pm on Friday 14th October 2022.

The Burial ceremony will be held on Saturday 15th October 2022, at the ancestral home in Mua Hills (Machakos County).