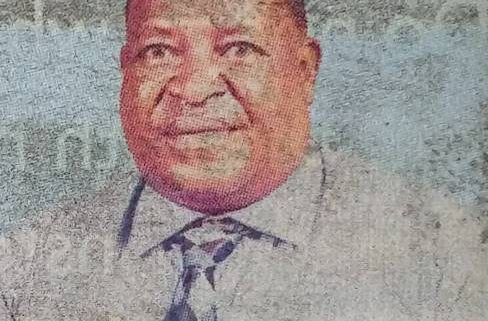 We are saddened to announce the sudden death of Boniface Nyange Mbwiko which occurred on 22″cl. August 2022.

He will be laid to rest on 3rd September,2022 at his home in Kitongi Village, Kangundo, Machakos County.

Friends and relatives are meeting daily at Garden Square from 5.00pm, his residence in Umoja and his rural home Kitongi, Kangundo.

In God’s hands you peacefully rest, In our hearts you live forever. Amen