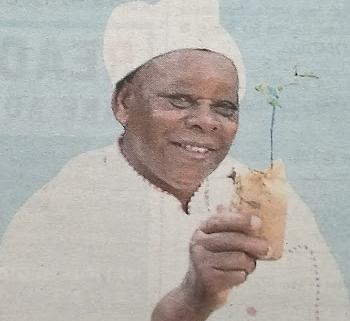 It is with deep sorrow and the peace of God that we announce the death of Canon Esther Musau, former Headmistress, Joanna Chase Secondary School, Mtito Andei.

She will be laid to rest on Saturday 16/04/2022 with a service at ACK St. Paul’s Church Mtito Andei starting at 10am and later the interment at her home in Mang’elete village, Mtito Andei.