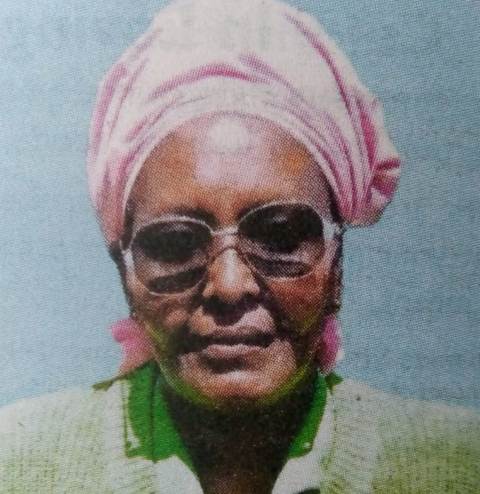 We regret to announce the death of Mrs Catherine Muthoni Wathuta Kanyugo of Kerugoya.

Funeral arrangement meetings are being held daily at her Kigogoini home and Kerugoya Catholic hall starting from 7th August 2018.

The cortege will leave Mathari Consolata hospital mortuary Nyeri on 14th august 2018 at 8.00am to St. Augustine Kigogoini Catholic church for funeral service and there after burial at her farm in Kigogoini the same day.

“I have fought a good fight, I have finished the race, I have kept the faith” 2 Timothy 4:7