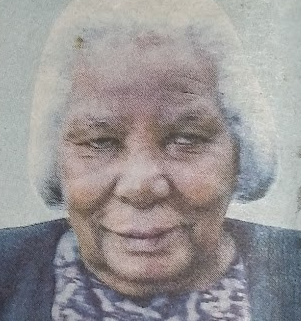 We are saddened to announce the promotion to glory of Charity Kagurukia Ngochi.

Friends and family are meeting daily at her Gitara kia Nderi home in Mitunguu, Meru County, starting from 4.30pm for prayers and funeral arrangements.

The cortege leaves Meru Funeral Home (Mwendantu) on Tuesday 15th March 2022 at 9.00am for a funeral service and burial at her home.

Your light will always shine, never to be forgotten.

Loved by many and a woman of true Faith.