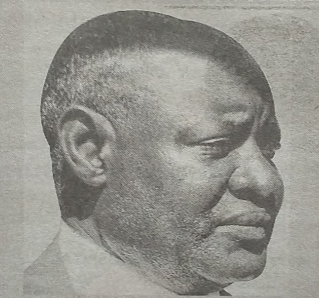 It is with humble acceptance of God’s will that we announce the passing on of Charles Mutunga Munyao, formerly of Kenya Revenue Authority, which occurred on the 5th March 2022.
Son to the late Munyao Kalua and the late Joyce Kalekye Munyao.

The cortege will leave Mbaku Funeral Home – Matuu – at 9.00am on the 15th March, 2022 for funeral service and burial at his home at Masinga Sub-county, Kivaa Location, Kithoni village.

“He heals the brokenhearted and binds up their wounds.” — Psalm 147:3