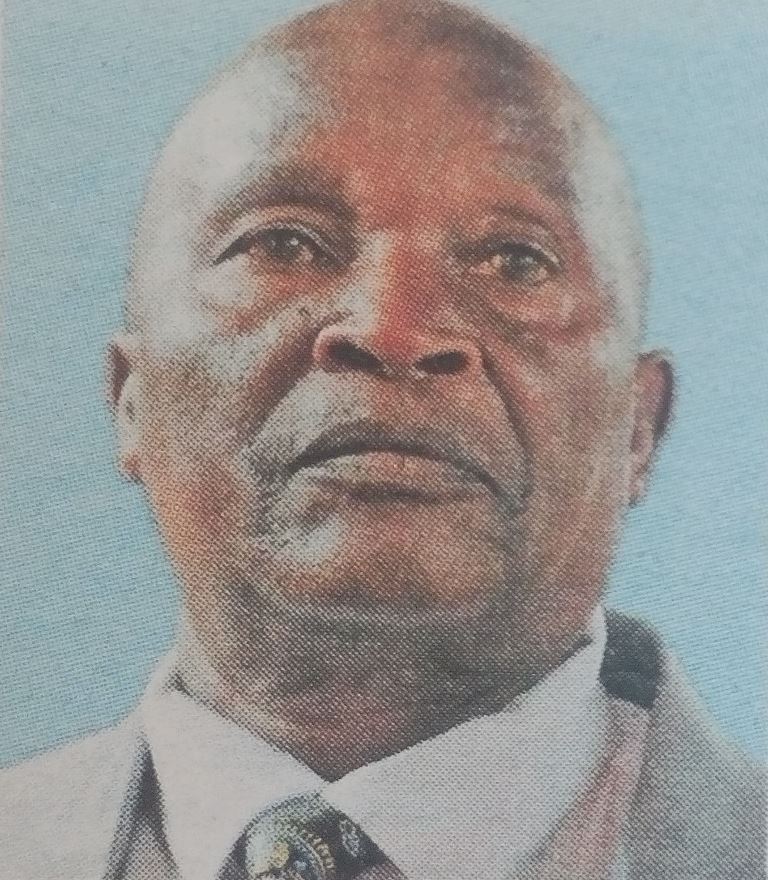 It is with humble acceptance of God’s will that we announce the death of Charles Nyaga Njagi of Njeruri – Runyenjes, Embu County that occurred on 4th August 2017 at M.P. Shah Hospital.

The cortege leaves M.P. Shah Hospital on Friday, 25th August 2017 at 7.30 am. Funeral service will take place at St. Anthony Catholic Church, Njeruri at 11.00 am and thereafter he will be laid to rest at his Njeruri farm.

“In God’s arms you rest, in our hearts you live forever”.