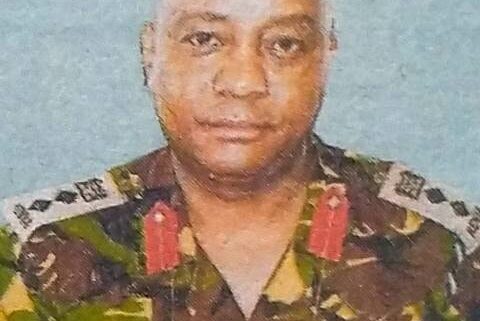 It is with humble acceptance of God’s will that we announce the sudden passing of Colonel (Rtd) Simon Muthui Ngui formerly of IPSTC — Karen on 2nd January 2023.

Son-in-law to Mzee Andrew and the late Mama Esther Mashedi and nephew to Mrs. Dorcas Irangi.