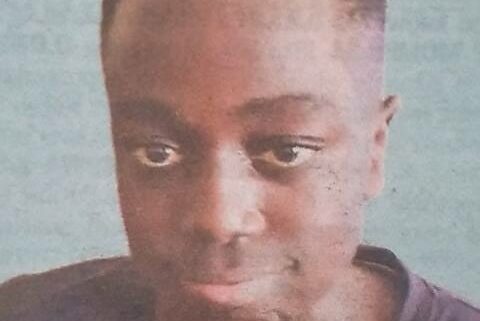 It is with heavy hearts that we announce the passing on of our beloved Cornel Wafula Wabwile, on the 18th of January 2023 at Coptic Hospital after a short illness. A form four student at Strathmore School.

Son to Benedict Matasi and Evallyne Sikuku. Brother to Davies Simiyu of JKUAT. Step-brother to Lydia.

Burial arrangements are being held at Holy Family Basilica, St. Bhakita Hall from Monday to Wednesday, 25th January 2023 from 5.00pm.

A memorial service will be held on the 26th of January 2023 at Strathmore School from 11.50am.

The cortege leaves Montezuma funeral home on 27th January 2023 for burial on 28th January 2023 at his parent’s home in Sikata village, Bungoma County.

Cornel, in God’s hands you rest, in our hearts you remain forever.