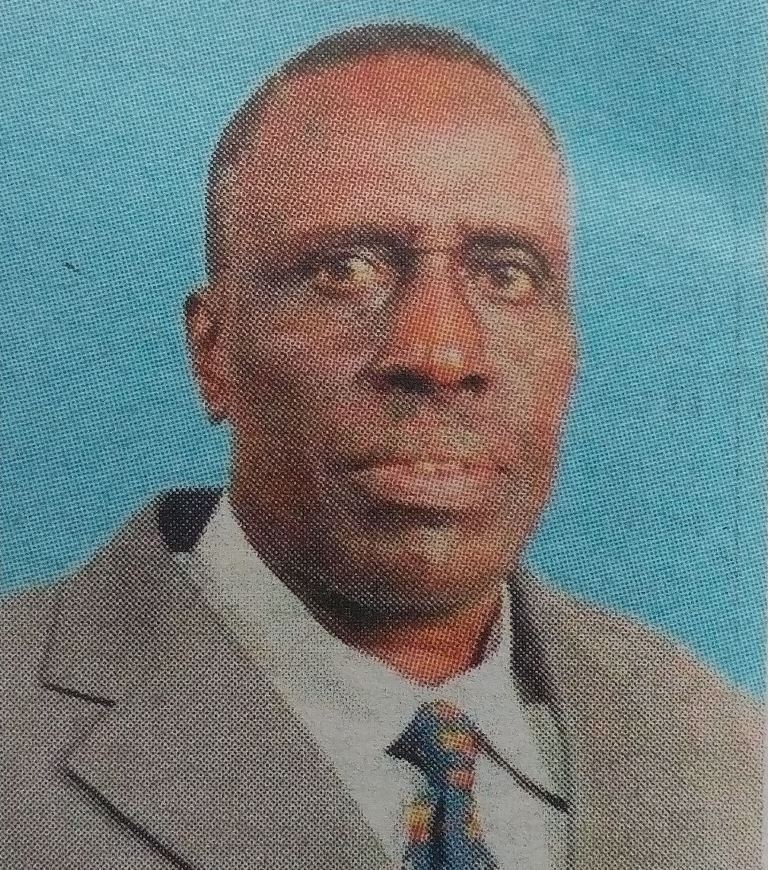 It is with humble acceptance of God’s will that we announce the promotion to glory of Mr. Cornelius Mutai (Chairman Board of Directors – Kapkatet Tea Factory) of Kibolgong village -Tebesonik Location, Bureti.

Family and friends are meeting daily at home Kibolgong village for prayers and burial arrangements. A funds drive will be held at home on Wednesday 2nd August 2017. The cortege leaves Lazarus funeral home (Siloam) on Friday 4th August 2017 at 12 noon for a prayer service at AIC Kibolgong church. The burial ceremony will be held at Kibolgong field on Saturday 5th August 2017 and thereafter laid to rest at home.

In God’s hands you rest. In our hearts you will live forever. Till we meet again.

II Timothy 4:7.You have fought a good fight, you have finished the race, you have kept the faith.