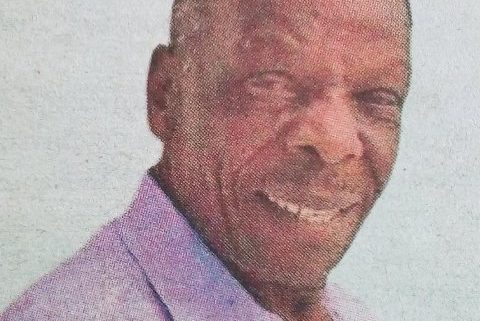 It is with deep sorrow that we announce the sudden demise of our beloved Daniel Maina Warungu after a long illness bravely borne.

Friends and relatives are meeting at the Holy Family Basilica from Monday (16th September) to Thursday (19th September) from 5.30PM and at his Kieni Village Home.