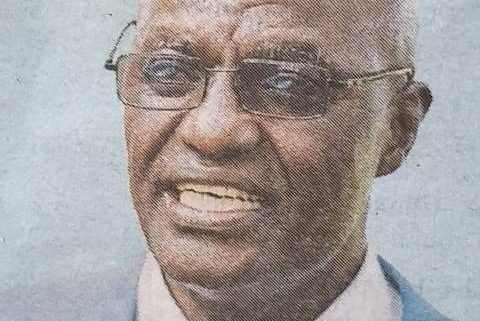 It is with humble acceptance of God’s will that we announce the untimely demise of the late Mr. Daniel Mati Kiilu (formerly of DT Dobie and Marshalls), from Iluvya village, Kiima Kimwe, Machakos County, that occurred at Shalom Hospital – Machakos on Monday, 11th July, 2022 after a short illness.

Grandfather to Sylvia, Anela, Jimmy and others.

Family and friends are meeting daily at his home Iluvya, Kiima Kimwe for prayers, encouragement and funeral arrangements.

The cortege leaves Machakos Funeral Home on Saturday, 16th July, 2022 at 9.00am for funeral service at lluvya Primary School and thereafter burial at his home in Klima Kimwe, Machakos.