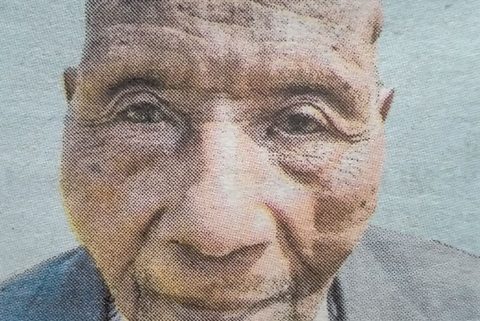 It is with profound sorrow and humble acceptance of God’s will that we announce the demise of Mzee Daniel Mwangi Mubia on 6th May 2022.

Friends and relatives are meeting for prayers and burial preparations at the deceased’s home at Wahundura village, Mathioya Division, Murang’a County daily from 5 p.m.

The cortege will leave Outspan Hospital Mortuary in Nyeri on Saturday, 14th May 2022, at 8 a.m. A requiem mass will be held the same day at Wahundura Secondary School grounds at 10 a.m., followed by burial at the deceased’s home.