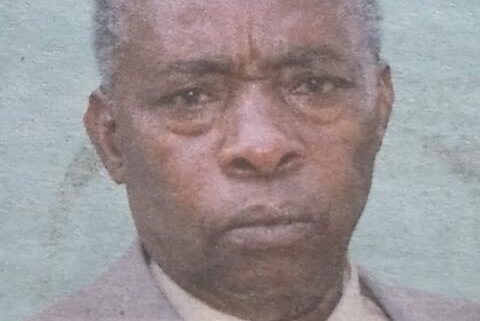 With humble acceptance we announce the transition to glory of Mr Damon Chege Ng’ang’a of Parsonic Hotel Ltd on 1st December 2022, after a long illness bravely borne.

Son of the late Benson Ng’ang’a and the late Wanpru Ng’ang’a.

Grandfather to Catherine, Khafid, Tyrese, Amani, Sean, Solomon Leon, Alen, Kevin, Stacy, Muna and Savior. He was an uncle and great uncle to many.

Family and friends are meeting daily at 4.00prn at his residence in Runda Estate for prayers and funeral arrangements.

There will be a requiem mass on Thursday 8th December at 2.00pm at St. Francis Xavier Catholic Church.

The cortege leaves Lee Funeral Home on 9th December at 7.00am for burial at his farm in Kinangop, Heni village near Mwenda-andu Trading Center.