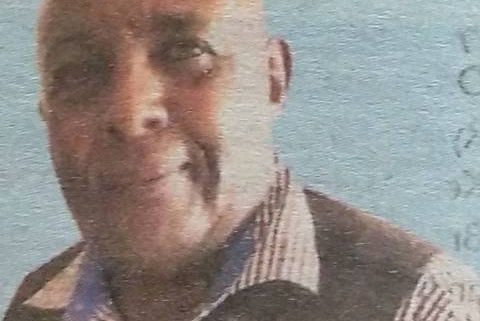 It’s with great sorrow that we announce the Death of Danson Mbugua Njuguna formerly of Murphy Chemicals that occurred on Friday 5/8/22.

Son in law to Col.(rtd) Philip Mwangi and the late Bernice Muthoni of Prairie estate, Nakuru. Brother in love of Peter and Lucy Mwenda, Edward and Lucy Kamau, Christopher Gitau, Josephine and David Kanyugo, and Joseph and Jennifer Kaime.

The cortege leaves Nakuru General Hospital Mortuary on Monday 15/8/2022 at 9am for Church service and burial at his farm, Mangu, Nakuru county.

Friends and relatives are meeting daily at his Mangu farm, Nakuru.

It is God who gives and it Is God who has taken. Glory be to His mighty name.