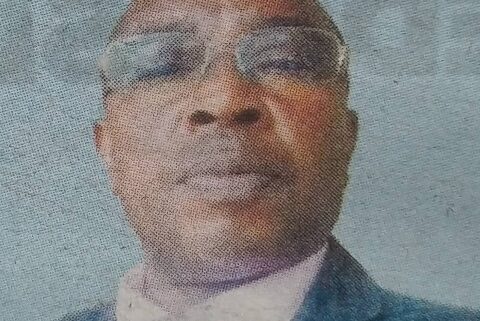 It is with humble acceptance of God’s will that we announce the sudden death of David Kitili Kimuyu which occurred on 17th December 2022, who until his demise was an employee at New KCC Eldoret Factory.

Husband of Orphar Kanini and Father of Shawn, Claudia, Shawna.

Cousin of Peter, Samuel Mutava, Tom and many others.

Family and friends are meeting daily at his Eldoret NKCC residence and his rural home in Uvaleni ltitu village.

The cortege leaves Machakos Funeral Home on Thursday 29th December 2022 for a funeral service at ABC Masaani grounds and burial service at his home in ltitu village.

2nd Timothy 4:7 “I have fought the good fight, I have finished the race, I have kept the Faith.”