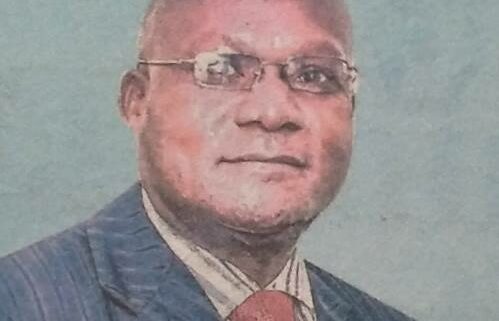 It’s with profound sorrow that we announce the death of David Ragira Maranga of NyamakairoVillage, Nyamira County which suddenly occurred on 9th December, 2022 at his residence in Sunrise Estate Phase 3, Donholm, Nairobi following a long illness bravely borne. Prior to his retirement, he was the General Manager & Principal Officer at The Monarch Insurance Company, and before that, the Chief Executive and Principal Officer at ICEA (Uganda) Limited.

Son to Japhes Maranga and the late Eunice Kemuma Maranga.

Son-in-law to the late Mochama and Bwari of lrondi Village, Kisii County.

Daily prayers and funeral arrangement meetings are being held at his Sunrise Estate residence from 5.00pm.

The final prayer & fundraiser meeting is scheduled for Tuesday 20th December 2022 at The All Saints Cathedral, Nairobi from 5.00pm.

The cortege leaves Umash Funeral Home on Thursday 22nd December 2022 for his ancestral home at Nyamakairo Village after a brief service at 7:30am. The burial service will take place on Friday 23rd December 2022 at his home from 10.00am.

Funeral contributions can be sent to the David R Maranga Funeral Fund to the following: Pay-bill: 8088306, Account No: Contributor’s Name.

Thanks be to Almighty God for the life we shared together!