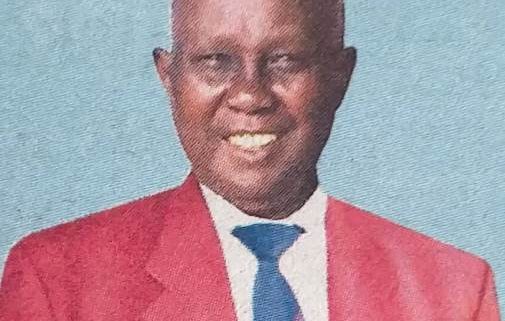 It is with humble acceptance of God’s will that we announce the demise of David Wachai Muthana on 7th May, 2022.

Prayers and meetings are being held daily at his home in Kiriko Village, Kandara, Murang’a County starting from 6.00pm.

The cortege leaves Montenzuma Monalisa Funeral Home (Kabati) on Friday 20th May, 2022 for a funeral service at Matenjagwo stadium, Kibereke, Kandara and thereafter a burial ceremony at his home in Kiriko Village, Kandara Sub-County, Murang’a County.

2nd Timothy 4:7 ” I have fought the good fight, I have finished the race, I have kept the faith.”

Forever in our hearts dad.