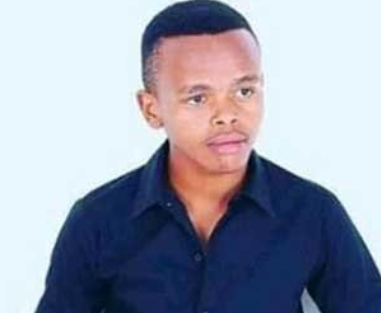 Want create site? Find Free WordPress Themes and plugins.
By MILLICENT MWOLOLO
The University of Nairobi Law student who went missing two weeks ago in Kasarani, Nairobi, has been found dead in Mombasa.

The body of 25-year-old Dennis Munene, who went missing on May 9, was found lying at the Coast General Hospital mortuary on Thursday.

His sister, Mercy Gichangi, on Friday told the Nairobi News that she started looking for Munene on May 9 but calls to his phone went to voicemail.

“On Saturday, May 12, I went to his house in Alsops, Kasarani, and he was not there,” she said.

“I asked his neighbours and they told me that they had seen him the previous week.”

It is then that she reported the matter to police at Ruaraka Police Station.

Police started tracking Munene’s phone as Ms Gichangi and her family searched in hospitals and mortuaries.

“We did not find him. But that Monday, the police told us that his mobile number had been last used in Mtwapa on Wednesday, May 9, before it was switched off,” she said..

Detectives’ efforts to establish if Munene’s handset had a new SIM card hit a brick wall.

“The only option was to go to Mtwapa Police Station for assistance, which we did on Tuesday this week,” she said.

But still, nothing was forthcoming.

Again, they were sent to hospitals and mortuaries around Mombasa town.

“We searched in all the wards at the Coast General Hospital and we did not find him,” she narrated.

“Then we went to the Coast General mortuary, and the attendant informed us that he had seen the body of someone who fitted our description.”

On viewing the body, they confirmed it was Munene, a mass communication graduate of Kenya Institute of Mass Communication in Nairobi.

Records at the mortuary show that the unidentified body of Munene was brought in by the police on Saturday, May 12, after it was found at Marina Beach in Mtwapa.

Police claimed it was a village elder at Marina who informed them of a body that was found floating at the beach.

“The records indicate that his body could have stayed in the water for two to three days before it was found,” said Ms Gichangi.

The family is now questioning the circumstances under which Munene drowned.

“He was fully clothed, even with his socks. So, he could not have been swimming,” the sister said.

“So, it is hard to understand the circumstances under which he could have drowned. His body too, has got no visible marks on it.”

The family is planning for a postmortem to determine the cause of the death.

“We want to know the exact cause of his death,” Ms Gichangi added.