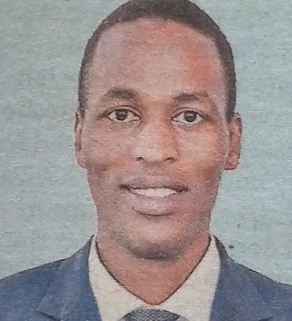 It is with deep sorrow and humble acceptance of God’s will that we announce the untimely death of Dominic Gichamba Njuguna on 25th March, 2022 through a tragic road accident in the USA.

Grandson to Dominic Gichamba (Kangemi) and the late Wallace Mungai (Mbau) of Ndumberi.

Daily meetings are being held at Karunga, Ndumberi, from 5.00pm.

The cortege leaves Lee Funeral Home on Tuesday 26th April, 2022 at 7.00am. Funeral service to be held at ACK – Karunga Parish from 1.00am followed by Burial on 26th April 2022 at his father’s farm Karunga, Ndumberi, Kiambu County.