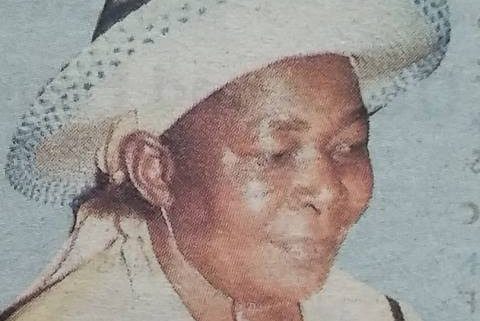 With humble acceptance of God’s will that we announce the demise of Dorine Awiti Gombe which occurred on 16th July, 2022.

Odhiambo, Joseph Odwar, William Odiwour, Linet Awino, Helider Chiro, Mary Obondi all of whom have gone to be with Lord and Sospeter Ochieng.

Grandmother to, Timothy, Melissa,Yvette,Wayne, Christine and Jane among others.

The cortege will leave Star (Annex) Mortuary on Friday, 29th July, 2022 for a church service at AIC Onjiko Kochogo. Burial will be on Saturday, 30th July, 2022 at her home, in Kamwouro Village, Onjiko Location, Kisumu County.