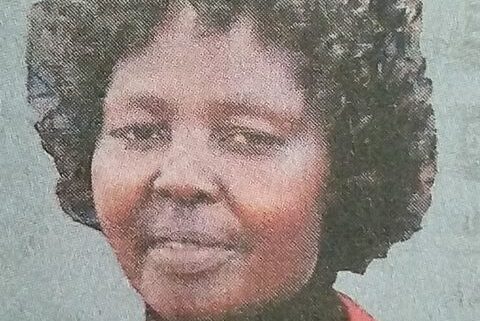 It is with deep sorrow that we announce the death of our beloved mother Dorothy Katungwa Musembi, which occurred on 07/11/2022 after a long illness bravely borne.

Daughter of the late Paul Maingi Kinyanzwii and the late Esther Mumbua. Daughter-in-law of the late Atanas Munyambu and Lucia Mueke.

Friends and relatives will are meeting daily at Hotel Rio, in Nairobi West and at their family home in Mukunike

Mum, we will miss you forever. Rest in Peace (Ndoosi).

2 Timothy 4:7 —”I have fought the good fight, I have finished the race, I have kept the faith.”