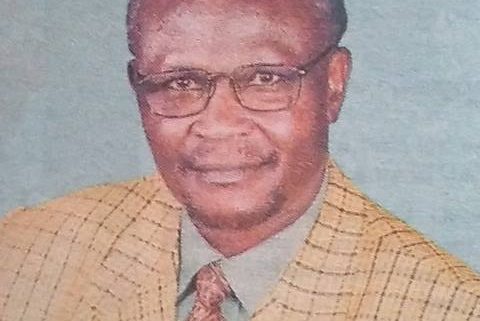 When a hero sleeps, the world, all of a sudden becomes a lonely place. This is the reason the Obwa family is engulfed in grief by the passing on of Dr. Samson Osimbo Obwa (formerly of Daystar University) which occurred on 5th July 2022 after a short illness.

He was the son of the late Tertio Obwa and the late Elena Gango. He was the loving husband to Leah Omollo Osimbo. Loving father to Paul Osimbo (Uganda), the late Caleb Ouma, the late Andrew Osimbo (USA), Anthony Osimbo (USA), Shadrach Osimbo and Ruby Osimbo Kivuva.

He was a step-son to Truphena Odada, Whose children include: the late Norman Obuya, the late Esther Adhiambo, the late Zablon Onyango,Tom Otieno, the late Joseph Mboya, the late Walter Omondi and Daniel Juma.

He was a father to three specially adopted children, David Oyoo, Verah and Benta (Abeni).

Family and friends are meeting daily at his Ngong home Oloolua Rd. and at AIC Ngong Rd from 5:30pm for prayers and burial arrangements.

The cortege will leave Kenyatta National Hospital Mortuary on Thursday the 14th July 2022 at 8.00am for his home in Oyugis where he will be laid to rest on 15th July 2022.