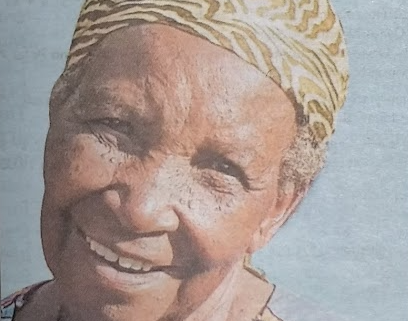 It is with profound grief that we announce the death of Mrs Edith Wanjira Mugweru which occurred on 2nd May 2022 after a short illness.

She was the caring mother in law to the late Naomi Murimi, Lucy Mutugi, Pauline Kinyua and Muthomi Njuki.

Family and friends are meeting at 4:00pm daily at the family home in Kirinyaga County.

The funeral service will take place at 11am on Tuesday 10th May 2022 at the ACK St Luke’s Church in Kiaragana, Kirinyaga County.

Burial will be held thereafter at the family home in Njoga village.

“I have fought the good fight, I have finished the race, I have kept the faith”