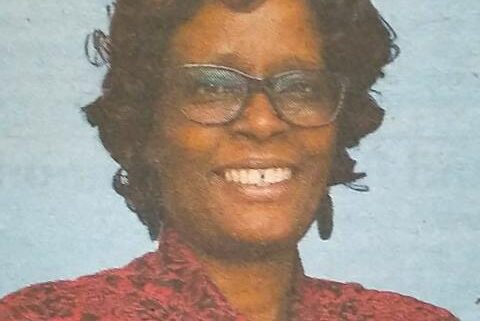 It is with sadness that we announce the sudden promotion to Glory of Edith Waringa Waweru.

The cortege leaves MP Shah Hospital Mortuary on Friday 16th December, 2022 at 9.00am for a funeral service at ACK St. Phillips Thiboro – Thiong’o Road from 11.00am and thereafter burial will be held at Lang’ata Cemetery.

In God’s hands you rest in our hearts forever.