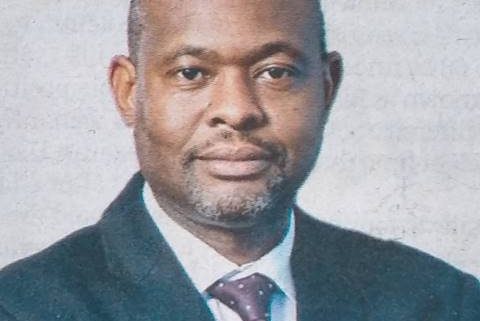 It is with humble hearts and deep sorrow that we announce the death of our beloved Edward Mulewa Mwachinga. He died suddenly on the evening of Tuesday, 14th June 2022.

He leaves behind his wife Anna-Maria and their two children, David Mulewa and Maryanne Mbeyu. Edward was the beloved son of Darrington Kweli and Florence Mbeyu Mwachinga and son-in-law to Prof. George Gregory and Mary Agnes Rwegellera. He was a brother to Michael Tinde, Jacob Kalama, Miriam Ningoma Mudachi and Faith Musinda Muthuri. Edward was also a brother-in-law to Evans, Regina, John,Valentine, Sophia, Angela, Carol, Andrew, Betty, Robert; a beloved nephew, uncle, cousin, and a great friend, to many.

A memorial service will be held at Nairobi Chapel on Ngong Road on Thursday, 23rd June 2022 from 2:00pm.

Thereafter he will be laid to rest at the family’s ancestral home in Tsunguni, Kaloleni in Kilifi County on Saturday, 25th June 2022 from I 0:30am.

Edward will be sorely missed but never forgotten — his legacy is written in the hearts of all who knew him.

`And we know that all things work together for good to those who love God, to those who are the called according to His purpose’ : Romans 8:28