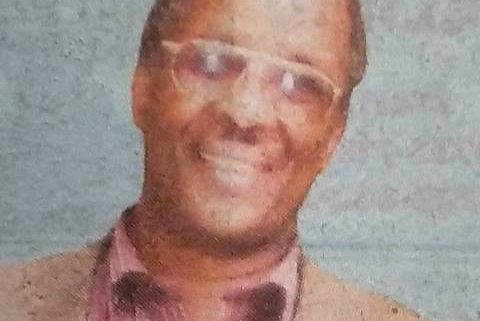 It is with humble acceptance of God’s will that we announce the passing on of Edwin Kipkorir Kiget, which occurred on 30th September, 2022.

The cortege leaves Tenwek Funeral Home, on Friday, 7Th October 2022 for a requiem service at 2:30pm at Deliverance Church Intl Shalom Bomet Town and later an overnight stay at home.

The funeral service shall take place on Saturday, 8″ October 2022 at his home, Ririk Village-Bomet town followed by burial at the same place.

2nd Timothy 4:7 —”I have fought the good fight, I have Finished the race, I have kept the faith.”