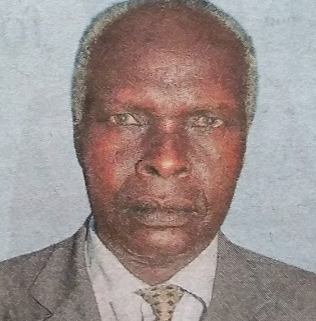 It is with humble acceptance of Gods will that we announce the demise of Elder Daniel Obare Maina which occurred at Oasis Specialist Kisii on Tuesday 29th March, 2022, after a long illness.

Husband to Orpha Kemunto (Ogake). Father to Pamela and the late Josiah Masita, Duncan and Winnie, Irene and Dr Oresi & Kelvin and Sarah. Grandfather to 11 grandchildren.

The body leaves KTRH Mortuary on Thursday 7th April 2022 for an overnight stay at his home. Funeral service will be held on Friday 8th April, 2022 at his home Mokokobo Village (Ibacho), Kisii County.

Psalm:133.1-2 —”How good and pleasant it is when brothers live together in unity! It is like precious oil poured on the head, running down on the beard, running down on Aaron’s beard, down upon the collar of his robes.”