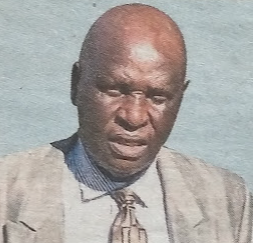 It is with deep sorrow and humble acceptance of God’s will that we announce the death of Elder Ronald Anthony Ntabo Bosire, which occurred on 20th February 2022 at Texas, USA.

The body will arrived from the USA on 11th March 2022 and will be placed at Lee Funeral Home.

There will be a short service at the Lee Funeral Home on 15th March 2022 from 7.30 am after which the body will leave for Kisii, for burial at his home in Ikuruma Location, Simwaga village on 16th March 2022.

Psalms 116:15 —”Precious in the sight of the Lord is the death of His saints”