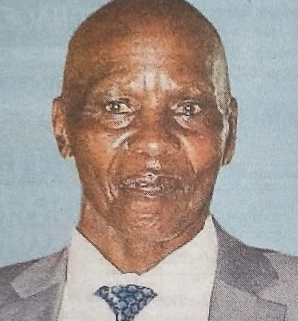 It is with humble acceptance of God’s will that we announce the passing on of Elder Simon Gathige Gichia which occurred on Friday 22nd April, 2022.

Family and friends are meeting Daily at His home in Kinangop – Kitiri Scheme near Engineer, at his daughter’s home in Thika (Jane Gathige) and at his son’s home in Kerugoya (John Gathige) from 5:00pm for prayers and burial preparation.

The cortege leaves Montezuma Funeral Home, Kabati Thika on Friday 29th April, 2022 at 7:00am, for funeral service and burial at his home in Kinangop, near Engineer Town, Nyandarua County.