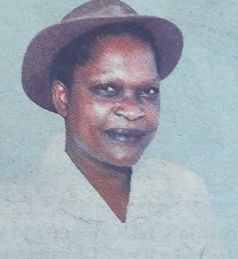 It is with humble acceptance of God’s will that we announce the passing on to glory of Elizabeth Adongo Juma which occurred on 9th March, 2022 at Annex Hospital, Nakuru, after a long illness. Wife of the late Zablon Juma Kichana (Ongera).

To God Be the Glory