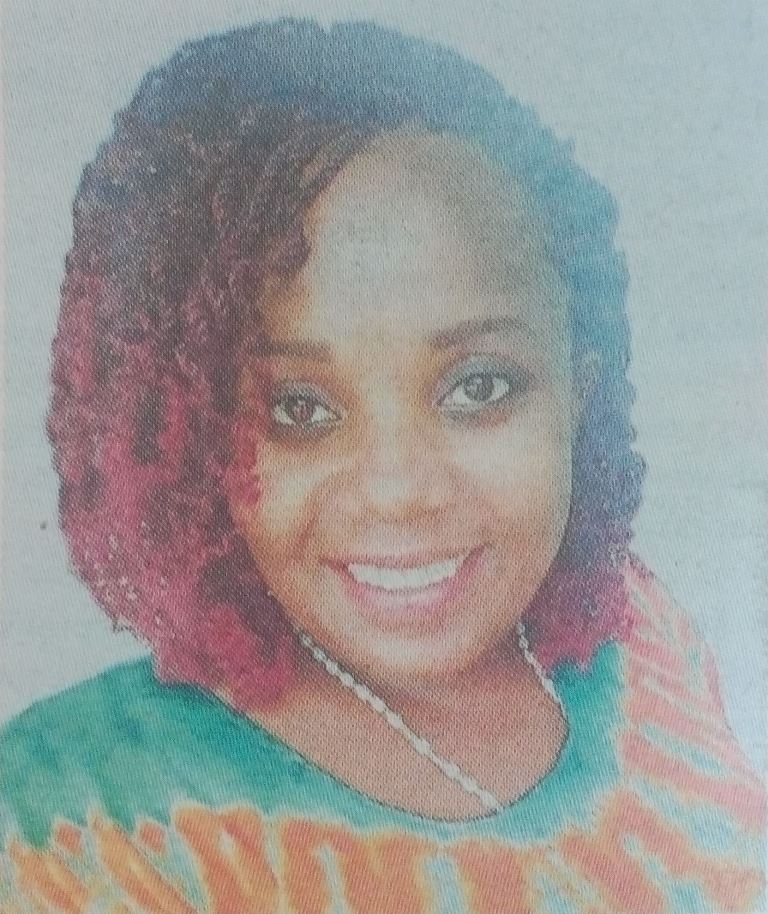 It is with humble acceptance of God’s will that we announce the sudden demise of Elizabeth Nthuka Mutonya. Darling daughter of Mr. Josephat and Mrs Patricia Muted. Doting mother of Noella Mukenye and Beth Nyanditu. Beloved fiancée of Frank Gatungo. Daughter-in-law of Mr George and Elizabeth Gatungo. Sister of Francis, Michael, Anne, Eric, Rebecca, Emmah and Connie, Sister-in-law of Clement, Lilian, Nelson, Joan and Grace. She was the coolest aunt, cousin and friend to many.

The cortege will depart from the Kenyatta University Mortuary on Saturday, 9th September 201 7 at 8am. She will be laid to rest in her ancestral home in Sultan Hamud,Masue village near Ngoto Secondary School.