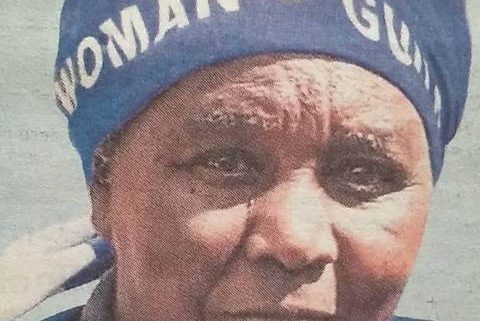 It is with deep sorrow and humble acceptance of God’s will that we announce the passing on of Elizabeth Wangari Joram of Embulbul Village, Ngong, that occurred on 20th May, 2022.

A Church Service will be held on Thursday, 26th May, 2022 at PCEA Embulbul Church grounds from 10:00am, and the funeral, thereafter, at her home at Embulbul, Ngong.

The cortege will leave Montezuma Monalisa at 9:00 am.

She has fought good fight. She has finished the race. She has kept the faith.

God gave us Elizabeth, and God called her home. May His name be praised!