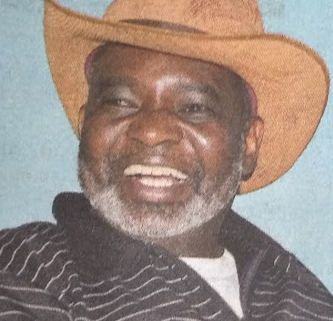 It is with humble acceptance of God’s will that we announce the death of Engineer Karanja Njui which occurred on 9th April 2022.

He was the husband of Mary Wambui Njui and father to Jessica Wambui Njui.

He was the son of the late John Njui Ragui and the late Lucy Wambui Njui.

Following a private interment ceremony held last week, there will be a Memorial Service to celebrate his life on Friday, 22nd April 2022 at the A.C.K St. Paul’s Church, Kiuru, at 12 noon.